If you are from Seattle or you were paying attention during the 1990s grunge rock era, you remember the fashion ethic of that moment.

A few of those wardrobe staples — plaid shirts and torn jeans, for example — have been popular again for several years now. So, too, have Dr. Martens boots, always called “Doc Martens.”

Who can forget those boots, big lace-ups with heavy soles and yellow stitching? Young women wore them with mini shorts and short skirts, a look that was jarring then but has been normalized since. It is common now to pair lacy tops with heavy jeans or an orange skirt with a green-blue jacket. Sometime between the Dr. Marten years and 2010, fashion editors began disparaging carefully coordinated outfits as “matchy-matchy.”

People retain fond memories for items associated with important moments of their younger years, and there is a steady market for vintage Dr. Martens classics like the one below, which is being offered for sale online.

Dr. Martens, the company, was founded in the late 1940s by an actual doctor who wanted more comfortable ski boots. It had its white-hot moment in the ’90s and then lost its mojo about the turn of the century. It was combined with at least one other company, or maybe two, and then turned its attention to sandals, brogues, different colored footwear and shoes for for children. Naturally, it was acquired by a private equity company in 2013.

(I fully expect that, over time, PE firms will start buying up roadside farm stands, police department cruiser fleets and maybe a revival of the Pet Rock company; is there any enterprise that will not attract those investors, I wonder? But I digress.)

I realized that Dr. Martens was back when I noticed a Dr. Martens store on the tony Santa Monica Promenade a few years ago.

Now, all these years later, the high fashion houses, and the low-priced imitators, are giving the work-boot/combat-boot/army-boot look another go. 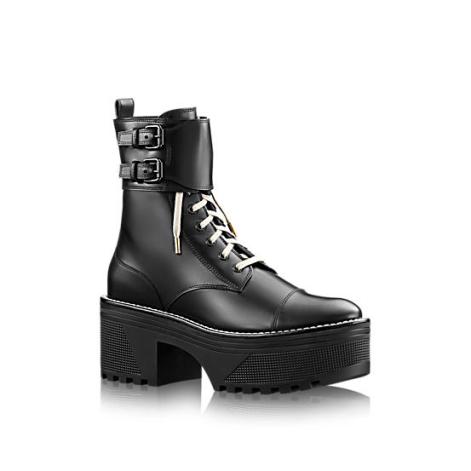 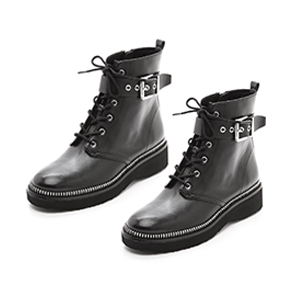 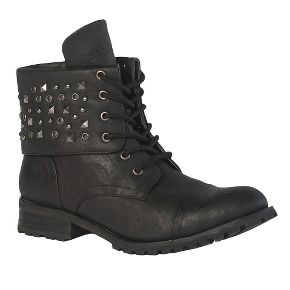 And the Doc Martens classic, the 1460, is still available in stores or by mail order.

It is not so much that fashion changes suddenly. What happens is more of an evolution. I have commented several times about the trend toward ankle boots of all kinds in recent years. What we have here is a variation on that — a nostalgia-inflected iteration of what had been happening already.