As happens occasionally, this web host is unable today to format a post as the author wishes it to be seen.  Please look here for a better experience.

Which is the appropriate word for the blank space in this sentence?

“The researchers defined a queen wasp’s behavior as obstinate if she/it refused to fly away after repeated poking.  Since the scientists couldn’t poke each worker wasp simultaneously after a batch had hatched, they vibrated the wasp colonies and introduced a semblance of a moving predator in the form of a ticking metronome.”

Still not deathless prose, but better than before.

—–
“The apartment, in a 1923 building, was relieved of it’s molding, baseboards and worn hardwood flooring.”
Back to where we started.  “It’s molding” is wrong. It’s means “it is” and only that.  “Its” is the correct possessive.

This sentence appeared in a daily newspaper that takes itself rather seriously.  It is unfortunate that a writer was unable to differentiate between it’s and its; it is worse that the error got past a copy editor and a news editor.

—–
Here is an omen:  Facebook announced last year that it had expanded its roster of emojis to 1,080 characters. Emojis are pictures, good for expressing emotions but not good for sharing ideas or conducting discussions or thinking conceptually.

We are drifting back to the times before people communicated in words.  We use sophisticated hardware and software, but we are losing the capacity to converse in a common language that is the product of thousands of years of human development.

If Descartes lived in the 21st century, he might have said,  “I feel, therefore I am.”

We might as well be making cave paintings.  We are the new primitives. 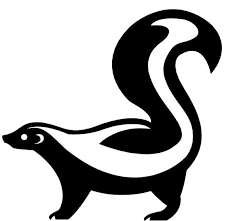