Movie critics and entertainment professionals have been releasing their observations about midyear movie results for 2016.

Since I’ve been seeing more movies this year, I was curious. I just looked at the top 20 films in order of domestic revenue through last weekend, and I have a few thoughts. Here goes:

Four of the 10 top movies for the first half of the year were superhero movies.

The biggest moneymaker was “Captain America: Civil War;” and the second was “Deadpool.” “X-Men: Apocalypse” was fifth, and “Batman v Superman: Dawn of Justice,” mediocre as it was, came in seventh.

When you consider that three of the four were released before the traditional early May opening of the summer superhero season, that’s something.

It’s also a lot of violence.  Between the 11th and 20th big selling movies,  are

“Allegiant,” “London Has Fallen,” a Benghazi movie, a fighting turtles story and “The Boss,” which features girls in fist fights.  At least there’s no Quentin Tarantino film so far this year.
There is a lot of talk about guns in our world, but not so much about guns and violence in our entertainments.  Drama requires conflict to be interesting, of course, but a steady diet of popular film and video war games may give young viewers a false idea of how people resolve their differences in real life. 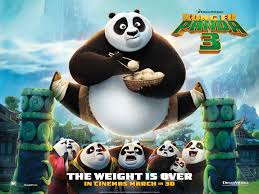 As others have noted already, studios are funding more and more sequels, threequels, fourquels and, this season, at least one seven-quel with an “X-Men” title.

Among the top 20 films, I count 11 that were such follow-ons. The number is 13 if you regard “10 Cloverfield Lane” as a sort of second “Cloverfield,” and Melissa McCarthy’s persona as a franchise in itself, which seems appropriate.

In a way, this makes sense. Movies are expensive to produce, and a property that has been profitable before may bring back past fans, providing a base of sales to cover costs.

In addition, this may be playing to television-viewing tastes. People now follow the same shows with the same characters for years. “Mad Men lasted seven seasons, “Downton Abbey” for six and “Breaking Bad” for five. The “Game of Thrones” audience seems willing to stick with the show for as long as it runs.

In short, we may be more comfortable with the familiar than with something new and different.

Under the circumstances, “Kung Fu Panda 3” makes perfect sense. So does “Neighbors 2: Sorority Rising” and “My Big Fat Greek Wedding 2.” Or maybe not.

American filmmakers are making many more pictures these days — mostly small-budget productions, documentaries and films that aren’t expected to be “tentpoles” for large studios’ other offerings.  I generally like these smaller movies better, but most don’t find their ways to suburban cineplexes.  Eventually, many turn up later on premium television channels, but it’s frustrating to read reviews of a film you’d like to see (“Miles Ahead,” anyone?) and to have to wait for months to get the chance.

Not that long ago, top stars could command $20 million per picture and/or revenue participation.  If the first films of this year are any indication, times have changed.

True, Robert Downey and Scarlett Johansson and Ben Affleck appeared in superhero films, but I’m betting the genre’s fans are more devoted to Iron Man, the Black Widow and Batman than to the stars who play the characters. (And the first two of these have made eight-figure fortunes working on various Marvel films, so we should not feel sorry for them.)

My impression is that many films featuring “name” actors aren’t doing as well as might be expected.

— This spring’s “Money Monster,” starring George Clooney and Julia Roberts and directed by Jodie Foster, has sold fewer tickets than something called “The Conjuring 2,” which was released five weeks later.

— “Dirty Grandpa,” with Jack Nicholson and Zac Ephron went nowhere.  So did “The Brothers Grimsby” with Sacha Baron Cohen, “A Hologram for the King” with Tom Hanks, “Whiskey Tango Foxtrot” with Tina Fey, and “Mother’s Day” with Jennifer Aniston, Kate Hudson and Julia Roberts. ‘

Is Any of This New?

Four were sequels — the second Pirates of the Caribbean (a fifth is due in 2017), the third X-Men, the second Ice Age (a seventh iteration comes out later in 2016) and the umpteenth James Bond movie, “Casino Real.”

Three of the other top 2006 movies spawned their own sequels — “A Night at the Museum,” “Cars” and “Happy Feet.”

Only one movie in 2006 was driven by the appeal of a movie star: “The Pursuit of Happyness,” featuring Will Smith.

I also looked up the top-selling movies for each of the last 10 years. Nine of them were sequels or parts of series like Star Wars or Harry Potter stories. The only one that was “new” was “Avatar in 2009. Naturally, there are plans to release Avatars 2, 3, 4 and 5 between now and 2023.